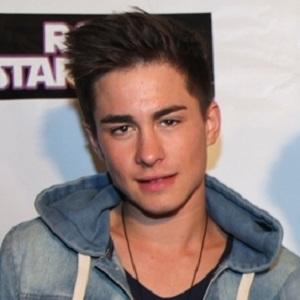 Known for his work with the all-male vocal group Far Young, this New Zealand-born singer was signed to the boy band by former Backstreet Boys producer Timothy Coons. He is joined in Far Young by Christian Wossilek and one-time American Idol competitor Eben Franckewitz.

During his childhood years, he competed on New Zealand's Got Talent and also earned a gold medal for his native country during the 2010 World Championships of Performing Arts (held in Los Angeles, California).

He and his Far Young bandmates released their debut recording, a cover version of the John Legend song "All of Me," in 2014. His fans tried to help him become an American resident by launching the #WeWantJackson online campaign.

He was born in Turangi, New Zealand, to a family of Maori heritage.

Australian Idol winner Stan Walker asked Owens to open for him at a 2009 concert in Rotorua, New Zealand.

Jackson Owens Is A Member Of