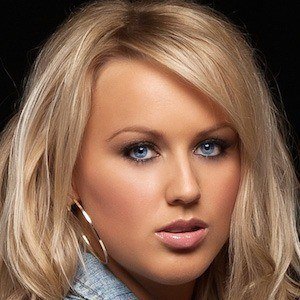 Country singer known for her energetic performance style and distinct hybridization of the country and rock genres. She won a Golden Guitar Award in 2016 for New Talent of the Year and also won the CMC Award for New Oz Artist of the Year in 2015.

She studied at the University of Western Sydney in Sydney, Australia. She studied within the Bachelor of Music program.

In 2014, she released her debut album, All She Wrote. Lee Kernaghan, an iconic Australian country music singer, invited her to tour with him in 2015 and 2016.

She and actor Joel Edgerton both attended University of Western Sydney for the Humanities program.

Christie Lamb Is A Member Of