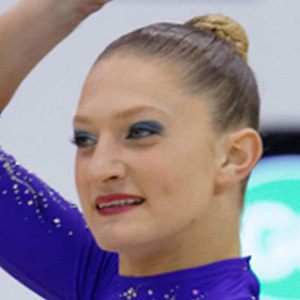 TikTok star and professional acrobat who is known for sharing clips from her stunt and performances through her account for her over 1.3 million fans. She is also known for being an artist and performer on the show House of Dancing Water.

She first gained attention in 2014 when she competed in the Acrobatic Gymnastics Word Championships alongside Emily Ruppert and Hannah Silverman.

She is also known for having previously been a USA National Team Acrobat member.

She was born and raised in Baltimore, Maryland and stared her career in gymnastics by following in her older sisters footsteps.

She went back stage with Shawn Mendes for his show in Tokyo, Japan.

Christina Antoniades Is A Member Of