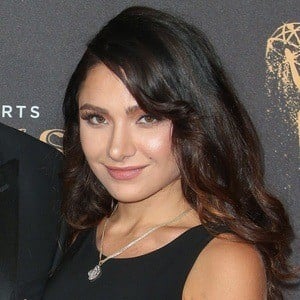 Model who is best known as the wife of Saturday Night Live performer Kenan Thompson. The couple was married in November 2011 in Atlanta, Georgia.

She worked as a model and was rumored to be a professional escort.

She held her wedding reception in the Arctic Room of the Georgia Aquarium.

She gave birth to a girl named Georgia in June 2014 who weighed 6 and a half pounds at birth.

Christina Evangeline Is A Member Of