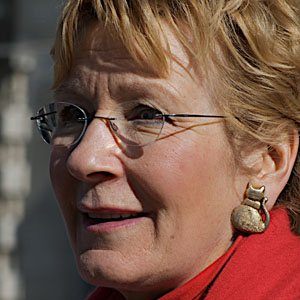 English author and media personality who has appeared on television shows such as GMTV. She is also known for her defense of her husband, former Member of Parliament Neil Hamilton, against allegations of corruption.

She started working as a secretary for many years for Wilfred Proudfoot and Gerald Nabarro.

She released an autobiography called For Better For Worse: Her Own Story in 2005.

She married former Member of Parliament Neil Hamilton who was the Minister of Corporate Affairs from 1992 to 1994.

Christine Hamilton Is A Member Of