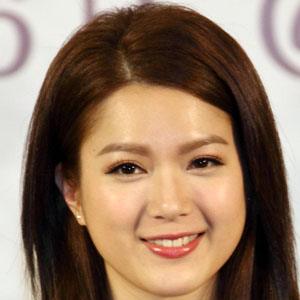 Known best for her work with Hong Kong's Television Broadcasts Limited (TVB) network, Kuo appeared in series such as Tiger Cubs, Ghetto Justice II, and Always and Ever. Her film credits include roles in Hardcore Comedy and Natural Born Lovers.

Her made her television debut as Yeung Sin-wah in the TVB series Don Juan DeMercado.

A beauty pageant contestant as well as an actress, she won the 2008 Miss Chinese Toronto and the 2009 Miss Chinese International titles.

She was born in Taiwan and raised in Canada as a member of a family of Taiwanese, Japanese, Korean, and Dutch descent. She dated a Mr. Hong Kong contestant named Joey Law.

She was inspired by the career of fellow Asian-Canadian actress Linda Chung.

Christine Kuo Is A Member Of