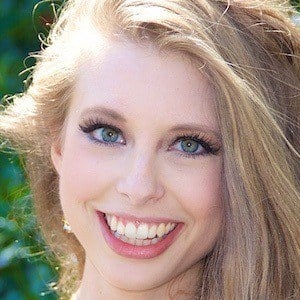 Storyteller and book enthusiast known for her two YouTube channels polandbananas20 and polandbananasBOOKS. Between the two channels, she has amassed over 400,000 subscribers.

She was selected by Ford to be a Fiesta Movement Agent where Ford covers gas, insurance, and other fees for her to drive around in a 2014 Ford Fiesta. Her debut novel Again, but Better became a New York Times Best Seller.

She is from Montville, New Jersey, and graduated with a degree in film and television from Boston University. She has a sister, Olivia, and a brother, Paul, both of whom have appeared in her videos. Her boyfriend was also featured on her channel; she announced their breakup with a video in September 2015.

Christine Riccio Is A Member Of