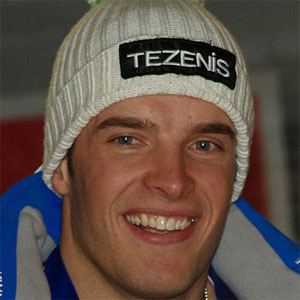 Alpine ski racer who won two medals at the 2014 Winter Olympics: silver in the downhill race, and bronze in the combined event.

At the 2011 World Championships he won a gold, silver, and a bronze medal.

He was born in Bruneck, South Tyrol, Italy.

He was one of Italy's few medalists at the 2014 Olympics, joining Armin Zoggeler.

Christof Innerhofer Is A Member Of