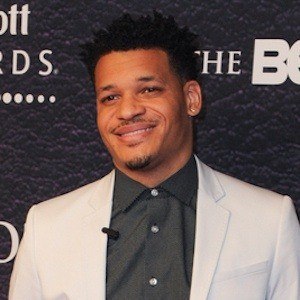 R&B singer whose song "King In Me" was used in a Super Bowl commercial for American Idol in 2014. He has more than 40,000 followers on his christongray Instagram account.

He, his brother, and a childhood friend were a part of The Evangelists in 2006.

He and his writing partner released Even With Evil With Me in 2011.

He married Cristina Gray.  His father Arthur Gray was a former choir leader and his mother Leigh Ann was a trained soprano.

He and Justin Timberlake have both had their music used for major corporations.

Christon Gray Is A Member Of