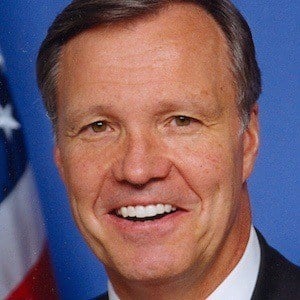 Republican politician who served as the 28th Chairman of the Securities and Exchange Commission from 2005 to 2009. He also represented California as a Member of the House of Representatives from 1989 to 2005.

He became a law clerk after earning his J.D. and M.B.A. from Harvard Law School in 1977.

He was Chairman of both the House Committee on Homeland Security, and the Select Committee on U.S. National Security while in Congress.

He has had a longtime marriage to Rebecca Gerhardt Cox.

He served as the Chairman of the Securities and Exchange Commission under President George W. Bush .

Christopher Cox Is A Member Of