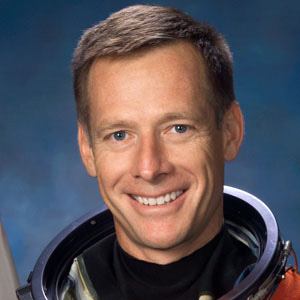 Commander of the final mission of the Space Shuttle program.

He piloted Space Shuttle Atlantis on his first mission to space, and served as CAPCOM (Capsule Communicator) for three other missions.

He has served as Commander for NASA missions to space, like James Lovell did for the Apollo 13 mission.

Christopher Ferguson Is A Member Of