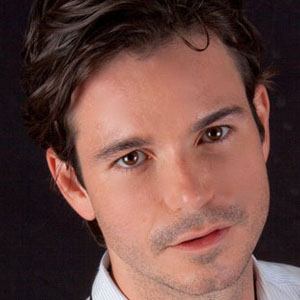 Canadian actor and voice actor who was the voice of Johnny Storm/The Human Torch in Fantastic Four, the animated TV series based on the Marvel comic book.

He appeared early in his career in the MTV series Undressed.

He played the role of Matt Oleander in the 2004-2005 season of the Canadian teen drama Degrassi: The Next Generation.

He was born in Toronto, Ontario.

He and fellow Canadian actor Matthew Bennett both appeared on episodes of Battlestar Galactica.

Aaliyah: The Princess of R&B
The Waiting Room
Family in Hiding