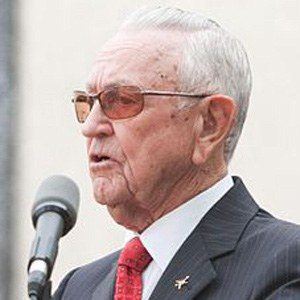 NASA engineer and flight director who was integral in organizing many Mission Control operations.

He graduated from Virginia Tech in 1944 with an aeronautical engineering degree.

He appeared on a 1965 Time Magazine cover, and was known throughout America as a leader of NASA's space program.

He married Betty Anne Turnbull in 1950, and the couple had a daughter and a son.

Christopher Columbus Kraft Is A Member Of