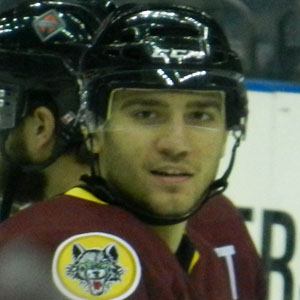 Ice hockey defenseman who joined the Vancouver Canucks in 2010.

He was named Rookie of the Year by the Atlantic Hockey Association after he played for the Tigers as a Rochester Institute of Technology freshman.

He scored his first NHL goal in February of 2013 against the Edmonton Oilers.

He was one of three sons born to Sophie Meredith and Mike Tanev.

He joined Alexandre Burrows on the Vancouver Canucks in 2010.

Christopher Tanev Is A Member Of