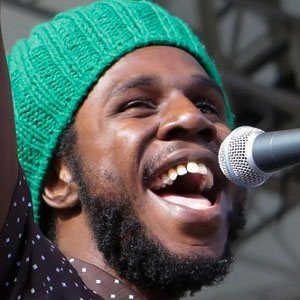 Born Jamar Rolando McNaughton, Jr., this Jamaican dancehall and reggae vocalist is notable for his U.S. Billboard #1 reggae EP Dread & Terrible, as well as for his 2012 mixtape Start a Fire. In 2017, his hit album Chronology peaked at #1 on the U.S. charts.

In 2014, he performed live at Central Park and was featured on The Tonight Show Starring Jimmy Fallon.

Born in Jamaica, he is the son of fellow musician Jamar McNaughton, Sr., also known as Chronicle, which is how his stage name came to be Chronixx.

Chronixx Is A Member Of