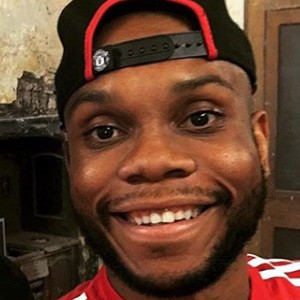 Former FIFA Community manager at EA Sports who is popular on Twitch as a live streamer with more than 170,000 followers. He also has more than 220,000 Twitter followers, 490,000 Instagram followers, and 120,000 subscribers on YouTube.

He spent time in various areas of Africa between 1988 and 2002, including Zambia, Zimbabwe and Ethiopia. He would attend a prep school in Massachusetts.

He was an industrial engineer major at Rochester Institute of Technology before spending some time at the University of California, Los Angeles. During his time in California, he worked for Universal Studios.

His full name is Chukwuma Morah. He was born in Nigeria and would later live in Vancouver, British Columbia, Canada.

He has collaborated on YouTube with Tobi Lerone, Spencer FC, Bateson87 and ChrisMD.

Chu Boi Is A Member Of