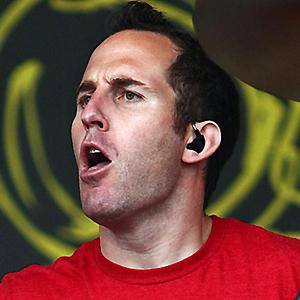 Drummer with the pop punk band Simple Plan who has been a judge for the Independent Music Awards.

He attended McGill University to study law. He left school in order to be part of Simple Plan.

He was the co-owner of Role Model Clothing along with some of his bandmates.

He grew up in Montreal. He married Jacquelin Napal in 2014; they have a son named London.

He and Pierre Bouvier were bandmates in Simple Plan.

Chuck Comeau Is A Member Of