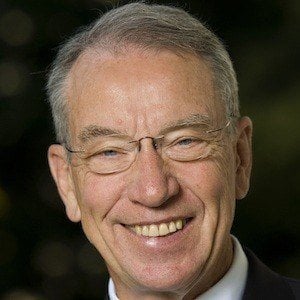 Republican politician who became the US Senator from Iowa in 1981 after serving in the US House of Representatives of six years. He was chairman of the important Senate Finance Committee from 2003 to 2007.

He earned both his BA and MA from Iowa State Teachers College in 1955 and 1956, respectively.

He investigated six major US Christian ministries in 2007 to see if they were abusing their tax-exempt status.

He has five children with his wife Barbra.

He investigated televangelist Kenneth Copeland in 2007.

Chuck Grassley Is A Member Of