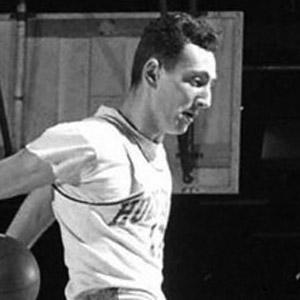 American basketball player best known as the first celebrity to endorse a line of shoes. Chuck Taylor All-Stars, produced by Converse, became one of the top-selling basketball shoes in history.

He was a standout basketball player in college. He played professionally with the Ft. Wayne and later Detroit Pistons in the industrial league.

He teamed with Converse to create a new shoe that he promoted around the country.

His sneakers were eclipsed in name recognition by Michael Jordan's line of Air Jordan sneakers, but not in sales.

Chuck Taylor Is A Member Of