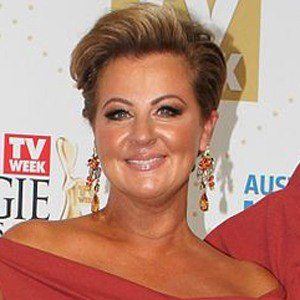 Blogger and reality star best known for her appearance on the Bravo series The Real Housewives of Melbourne. She and her husband captain the creative event firm the Design Depot and she runs her own self-titled lifestyle blog.

She and her husband formed the Big Group in 1990 which started as a catering an event company. It eventually evolved into an expansive hospitality firm spearheading projects like the Design Depot.

She and husband Bruce have two children named BJ and Chessie.

She stars alongside Gina Liano and Lydia Schiavello in The Real Housewives of Melbourne.

Chyka Keebaugh Is A Member Of