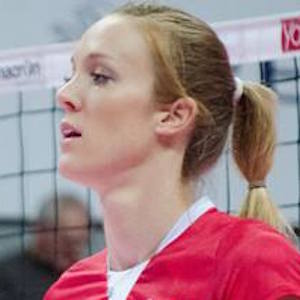 Volleyball middle blocker who represented Great Britain at the 2012 Summer Olympics in London.

She played college volleyball at the University of Miami, where she was a captain.

She made her professional debut for Germany's Alemania Aachen.

She was born in Taunton, Somerset, England, and moved to Miami, Florida, when she was 10.

She was one of many athletes to represent Great Britain when they hosted the 2012 Olympics, joining stars such as tennis great Andy Murray.

Ciara Michel Is A Member Of