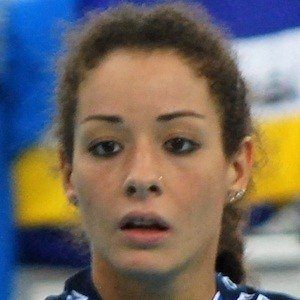 Italian international libero who won a gold medal for her country at the 2011 FIVB World Cup. She's played professionally for the likes of Vicenza Volley, Scavolini Pesaro, and Imoco Volley.

She started her career with Libertas Sorrento in 2001 and made her national team debut in 2006.

She was named Best Libero of the 2014 FIVB World Championship, where Italy finished fourth. She was a member of Italy's 2012 Olympic team.

She grew up in Piano di Sorrento, Italy.

She was teammates with Paola Cardullo during the latter's time on Italy's national team.

Monica De Gennaro Is A Member Of