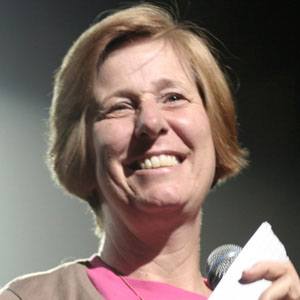 Best known as the mother of fallen United States Army soldier Casey Sheehan, she became a political activist and a vocal opponent of the Iraq War. In 2012, she ran for Vice President of the United States under the Peace and Freedom Party ticket.

After attending Cerritos College in Southern California, she took history courses at the University of California-Los Angeles. She went on to work as a Catholic youth group leader.

In late 2013, she announced her intent to run for Governor of California in the 2014 election.

Her marriage to Patrick Sheehan lasted from 1977 until 2005. One of the couple's four children, Casey Sheehan, was killed in combat in Iraq at the age of twenty-four.

In 2005, a year after her son's death, she organized a highly publicized protest in front of President George W. Bush's Crawford, Texas ranch.

Cindy Sheehan Is A Member Of