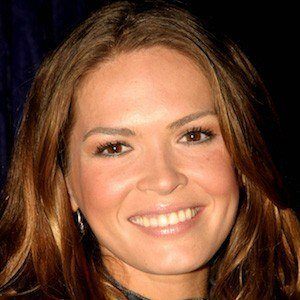 Paraguayan model and actress known for her work on the covers of magazines like Esquire, Shape, and Vanidades. She's also served as the Latin American brand ambassador for Proactiv.

After being discovered in Miami at the age of 17, she signed with Irene Marie Models.

She's appeared on TV Shows like Vegas Confessions and Burn Notice and she had a cameo in Nickelback's "Rockstar" music video.

Immediately after she was born, she moved to West Virginia. She then moved back to Paraguay after her parents split a few years later. She became an advocate for ALS patients after losing her mother to the disease.

She and Maria Maldonado are both successful models form Asuncion.

Cindy Taylor Is A Member Of