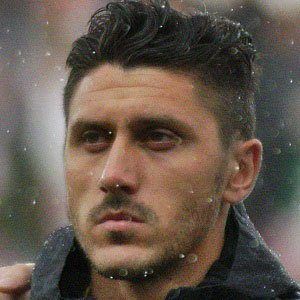 Striker who won Romanian League titles with Dinamo Bucurest in 2002 and 2004. He has represented his native Romania at tournaments like the UEFA Euro 2008.

He was born in Bucharest and came up through the youth system of Dinamo Bucuresti before making professional debut in 2001.

He scored his first hat trick for Romania against Trinidad and Tobago in June 2013.

His parents are Mircea and Sorina Marica.

He was teammates with Razvan Rat on the Romanian squad at the UEFA Euro 2008.

Ciprian Marica Is A Member Of