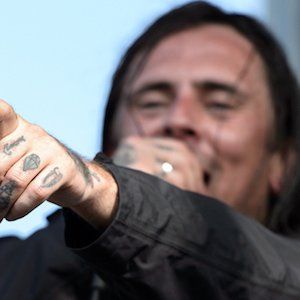 Metal singer best known as the frontman of the deathcore band Thy Art Is Murder from 2009 to 2015 after replacing Brendan Van Ryn. He returned to vocal duties in 2017.

He previously performed with a metalcore band called Vegas in Ruins. He took the reigns of Thy Art is Murder thanks to his impressive death growl.

He has been a part of other bands called Baraka and Evolvar.

He left Thy Art is Murder in 2015 in part to focus on his family. He if from Grafton, New South Wales.

He and Alex Koehler have both fronted deathcore bands.

CJ McMahon Is A Member Of