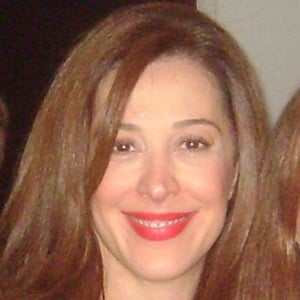 Brazilian TV Actress who is best known for her work appearing in multiple Rede Globo telenovela programs. She first appeared in Roque Santeiro.

Her first acting credit on screen came in 1985.

She ha earned over 7 million followers to her Instagram page. She starred in A Lei do Amor as Salete in 2016.

She has children named Enzo and Sophia.

She is a well known Brazilian Actress in the same realm as Larissa Manoela.

Cláudia Raia Is A Member Of