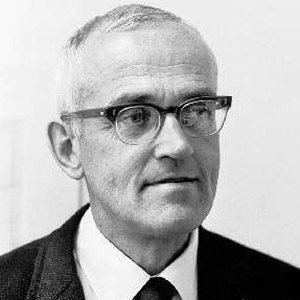 His new uranium-lead dating method led to the first accurate measurement of the Earth's age, which was estimated to be 4.55 billion years. Because of his revolutionary research lead levels within the blood of Americans are reported to have dropped by up to 80% by the late 1990s.

He worked on the Manhattan Project during World War II, first at the University of Chicago and later at Oak Ridge, Tennessee.

His discovery also led the finding that tetra-ethyl lead, a common additive to car fuel at the time, was toxic, and he campaigned for its removal.

He met his wife Laurie McCleary at Grinnell College, where both were students.

Like him, Vannevar Bush worked on the Manhattan Project.

Clair Cameron Patterson Is A Member Of