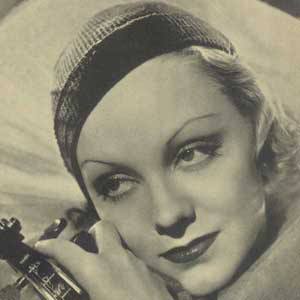 Hollywood's leading lady who appeared in nearly sixty films the '30s and '40s, working with everyone from Humphrey Bogart to Errol Flynn.

She came to Hollywood to work in the Ziegfeld Follies, which she joined when she was 15, lying about her age to get in.

She kept her private and public lives separate, unlike most of her fellow starlets, and was referred to as a woman of mystery.

She was born in Baxter, Iowa, the daughter of Walter W. Dodd, a farmer and veterinarian.

She was a close friend of Bette Davis, co-starring with her on 1933's Ex-Lady.

Claire Dodd Is A Member Of