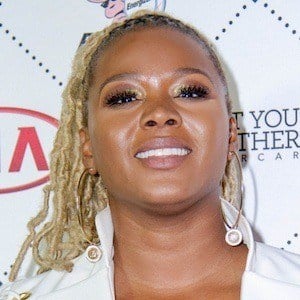 Blogger and founder of Fashion Bomb Daily who has been featured on a variety of shows on MTV. She is also known for her work as a brand consultant, public speaker, and author.

As a 2003 Harvard graduate, she first began her career interning for Newsweek and New York Magazine. Once she landed a job at Real Simple Magazine, she realized she had a passion for fashion. She launched the website in August of 2006.

As the founder and editor in chief of Fashion Bomb Daily, for over ten years she has attended New York Fashion Week.

She is of Bahaitian descent.

She can be seen photographed with Jasmine Sanders and Jeremy Scott at the Forum in Los Angeles.

Claire Sulmers Is A Member Of