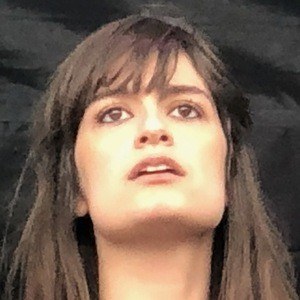 Prior to music, she worked several jobs ranging from pizza chef, baby sitter, to English teacher. She sang with the group La Femme on their album Psycho Tropical Berlin. She went on to release her first solo EP in 2017 entitled Monster of Love.

She was featured on the cover of Stylist Magazine in June of 2018.

She was born in Martigues and grew up in Septemes les Vallons and is from a Corsican family.

She shared a photo with fellow pop singer Soko to her Instagram in May of 2018.

Clara Luciani Is A Member Of