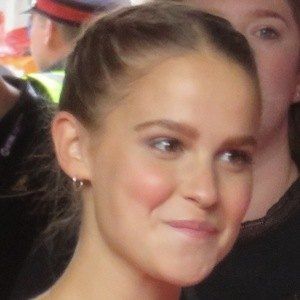 Cast member of the Netflix original movie I Am Mother who portrayed the daughter of Hilary Swank's character in the film. She has also been featured in the films Teen Spirit (2018) and Good Favour (2017).

She acted on stage in a production of The Sound of Music at the Det Ny Teater.

She guest-starred in two episodes of The Lodge and three episodes of Still Star-Crossed. She sang for the soundtrack of the former series, as well as for the movie Teen Spirit.

She is from Hellerup, Denmark.

Rose Byrne provided the voice of Mother in the film I Am Mother.

Clara Rugaard Is A Member Of