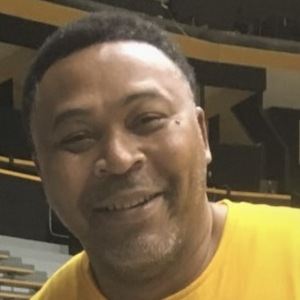 Former NBA forward most famous for his days with teams like the Philadelphia 76ers and Houston Rockets. He was previously a star player for the University of Southern Mississippi Golden Eagles, winning the Metro Conference Player of the Year three consecutive years from 1990 to 1992.

He became the all-time leader in rebounds and blocked shots at the University of Southern Mississippi.

He is the first Golden Eagle to have his jersey retired by the school and was inducted into the Southern Mississippi Alumni Association Hall of Fame in 2007.

He has been married and has two sons as well as a daughter.

He was nicknamed "Baby Barkley" due to the perceived similarities between his game and that of Hall of Famer Charles Barkley.

Clarence Weatherspoon Is A Member Of