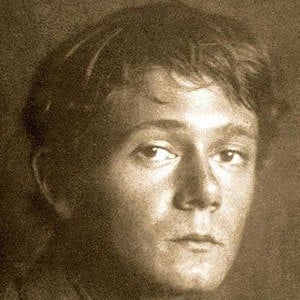 West Coast Romantic poet, fantasy/horror/science fiction author, and sculptor. His best-known works of weird fiction include "The Tale of Satampra Zeiros," "The Gorgon," and "The Demon of the Flower."

He grew up in a cabin in Auburn, California. As a result of his agoraphobic tendencies, he educated himself at home during his high school years.

His works of fiction often deal with supernatural retribution for selfish acts.

He married Dorman when he was sixty-one years old.

His work was greatly influenced by the macabre stories and poems of Edgar Allan Poe.

Clark Ashton Smith Is A Member Of