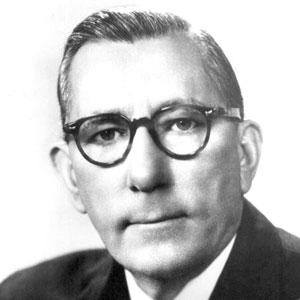 Florida politician who represented his state in Congress from 1963 to 1989 after serving in the Senate from 1936 to 1951. He spent his time in the senate and congress advocating for the rights of senior citizens.

He was training in the Student Army Training Corps when World War I ended, sparing him from active duty.

He married Mildred Webster in 1936, the year he won his first Senate seat.

He received the Presidential Medal of Honor from George Bush.

Claude Pepper Is A Member Of