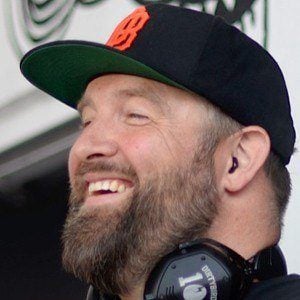 American electronic music producer who became a major force in house and techno with such tracks as "Make a Cake," "Deep Throat" and "Who's Afraid of Detroit." He is also the founder of influential label Dirtybird Records.

He moved to Detroit, Michigan during his preteen years. He later worked as a production assistant in Los Angeles, California.

He has been named America's Best DJ in annual polls by both Pioneer DJ and DJ Times.

His real name is Barclay Macbride Crenshaw. He married a woman named Aundy, who helped him get Dirtybird Records off the ground.

He has released remixes of songs like Rihanna's "B*tch Better Have My Money."

Claude VonStroke Is A Member Of