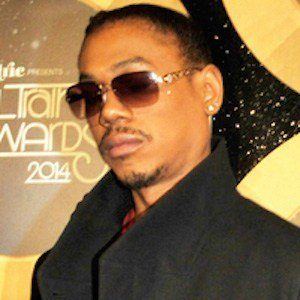 Record producer and musical artist who was a founding member of the the 1990s R&B group Jodeci and produced Tupac's No More Pain.

He was the principal songwriter and producer for Jodeci.

He created the label Swing Mob, which signed burgeoning artists such as Ginuwine, Missy Elliot, and Timbaland.

He was born Donald DeGrate. His father is Reverend Donald DeGrate and his mother's name is Mary. His brother Dalvin DeGrate was in Jodeci with him. He also has a younger brother named Derek.

He produced rapper Tupac Shakur's 1996 song No More Pain from All Eyez on Me.

Devante Swing Is A Member Of