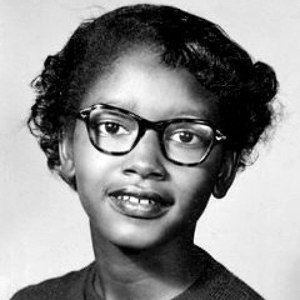 Civil rights activist during the Civil Rights movement of the 1960's who was the first person to resist bus segregation, nine months before Rosa Parks was kicked off the Montgomery Bus Boycott.

She was a student at the segregated Booker T. Washington High School in Alabama and she became pregnant as a teenager.

She testified in the case Browder v. Gayle, which was appealed all the way up to the U.S. Supreme Court, which in turn declared bus segregation unconstitutional in 1956.

She had sons named Raymond and Randy.

She resisted bus segregation nine months before Rosa Parks, but NAACP leaders were hesitant to use her as a representative for the movement because she became pregnant as an unmarried teenager.

Claudette Colvin Is A Member Of