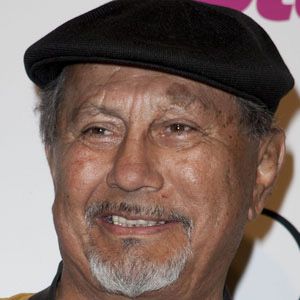 American Oglala Sioux activist who has spent his career advocating for the rights of Native American people. He is best known for his leading role during the Wounded Knee Incident of 1973, when 200 Oglala Lakota occupied the town of Wounded Knee, South Dakota.

He was briefly employed at the Office of Economic Opportunity at the Rosebud Indian Reservation.

He began an acting career in 1992 and appeared in numerous films, including The Last of the Mohicans.

He was married to Pearl Means from 1999 to 2012 and he had three children, Tatanka, Scott and Nataanii. His parents were Theodora Feather and Harold 'Hank' Means.

He did voice acting with David Ogden Stiers in Pocahontas.

Russell Means Is A Member Of