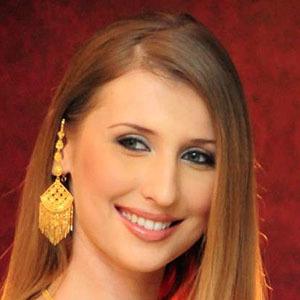 Polish-German actress and model who is best known for her roles in Bollywood feature films. She is best recognized for having starred in Karma: Crime, Passion, Reincarnation in 2008 where she played Linda and Yaar Pardesi where she played Anna.

Her career in entertainment stared in modeling when she was 15. In March of 2006, she won a modeling competition which allowed her to take place in the Germany's Super Girl pageant in 2006. Her acting career started in 2007 when she starred in the web series Beach House where she played Daisy Vandenburg.

She is also a reality television star and appeared on the 2009 season of Bigg Boss 3 as well as an episode of Zor Ka Jhatka: Total Wipeout in December of 2010.

She was born and raised in Wodzislaw Slaski, Silesia, Poland to a Polish father and German mother. She has two older sisters.

She starred alongside Tusshar Kapoor and Aftab Shivdasani in the 2016 feature film Kya Kool Hain Hum 3.

Claudia Ciesla Is A Member Of