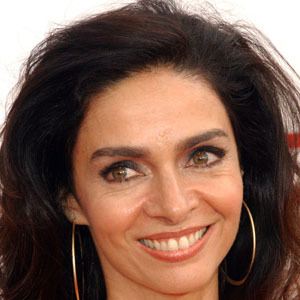 Rose to fame for her leading roles in television shows like The Favorite and Rising Sun. She also played the title character in 1983's Eréndira and appeared in the film Prime Time Soap.

She made her screen debut with a small role in 1978's Dancin' Days.

She has had roles in a number of television series including Young Hearts and The Enchanted Tale.

Her mother is late filmmaker Nazareth Ohana Silva and her father is painter Arthur José Carneiro. She has an older sister named Cristina and a half brother, João Emanuel Carneiro. She was briefly married to Ruy Guerra and has one child.

In the series Rising Sun, she stars opposite Giovanna Antonelli.

Claudia Ohana Is A Member Of