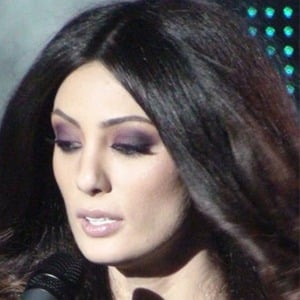 Pop music singer and dancer who rose to fame under the professional alias Claudia Cream. During the 2000's she was considered to be one of Romania's most in-demand performers and released a string of hit singles such as "Jumătatea Mea."

She released her debut studio album Crede în Mine in 2002.

She has been nominated for the Romanian Music Award for Best Female Artist.

She is from Romania.

She collaborated with producer Marius Moga on "Închide Ochii."

Claudia Pavel Is A Member Of