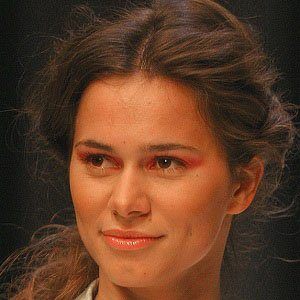 Perhaps most well known for her roles as Andreia and Ana Luísa Rochinha in the respective Portuguese soap operas Sol de Inverno and Morangos com Açúcar, she is also notable for her portrayal of Julia in the 2009 thriller Contrato, as well as for her role as Maria Azevedo Mayer in the soap opera Rosa Fogo.

She made her screen acting debut in the Portuguese comedy series Maré Alta.

In 2009, she appeared in a theatrical production titled Saia Curta e Consequencia.

She spent her early years in Loures, Portugal. In 2010, she and her partner Pedro Teixeira welcomed a daughter named Maria.

She and Joao Manzarra co-hosted the third season of the reality TV talent competition Idolos.

Cláudia Vieira Is A Member Of