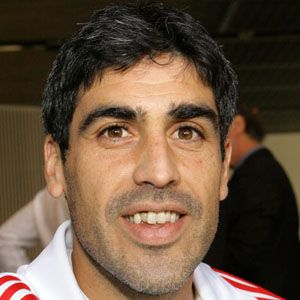 Midfielder who served as captain of the US national team, earned 111 caps for the squad between 1994 and 2006. He spent his club career with six different teams, finishing out with the New York Red Bulls in the MLS during the 2007-08 season.

He led St. Benedict's Preparatory School to a perfect 65-0 record during his three years with the team.

He played college soccer at the University of Virginia and began his professional career with Bayer Leverkusen in 1994.

He played on the US national team alongside Josh Wolff.

Claudio Reyna Is A Member Of