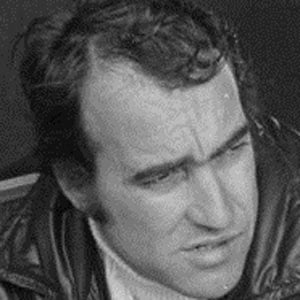 Former Swiss race car driver who competed in Formula One from 1970 to 1980; recorded 5 wins and 28 podium finishes across his career.

He began racing in Formula Three and Formula Two in the 1960s.

In his first Formula One season, he won the Italian Grand Prix at Monza.

He had two children, Alessia and Gian Maria, with his wife Maria Pia.

He and British racer Emerson Fittipaldi were two of Formula One's most successful racers in the 1970s.

Clay Regazzoni Is A Member Of