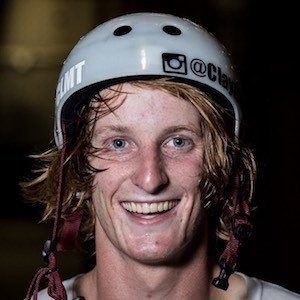 Signed scooter rider with The Scooter Farm, Grit Scooters and Elyts Footwear who has earned a large fan base online, particularly on Instagram where he has 300,000 followers. He was also previously signed by 5Starr Scooters. He collaborated with S1 helmets to create the LIT Undialed helmet.

He grew up in a secluded nieghborhood called Eagle Tree outside of Amarillo, Texas. He began riding when he was about 16 years old.

He co-created a YouTube channel with Will Cashion, AKA WhiteTrashWilly, called Undialed to publish scooter content as well as vlogs and challenges.

He is from Amarillo, Texas and later moved to California. His father is filmmaker Roger Lindley; his mother, Shellie, works as a pharmacist.

He is a friend of fellow scooter rider Tanner Fox.

Clayton Lindley Is A Member Of