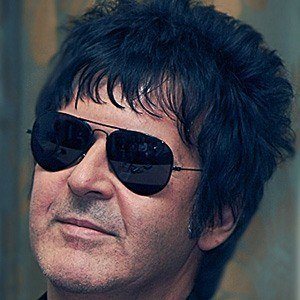 Drummer for the new wave and punk band Blondie who also worked with groups including The Romantics and The Fleshtones.

He grew up playing the drums and was in cover bands in his hometown before joining Blondie in 1975.

He performed as a stand-in for the punk band The Ramones for two gigs.

He married his girlfriend Ellen Burke in 2002.

He auditioned for Patti Smith but he did not make her band.

Clem Burke Is A Member Of