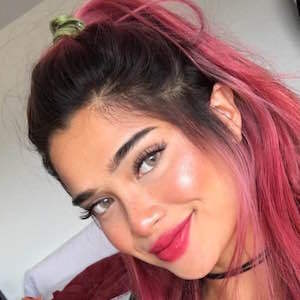 Became a popular social media influencer, earning her largest fan base on Instagram.

Her first activity on Twitter was retweeting a picture posted by Harley Belle in August of 2015 captioned as "Anyone wanna join?"

She started a WordPress blog to post playlists, book recommendations, her own writing, updates of videos she would be making, and photography.

She was born in Santa Clara, California and is of Filipino descent. She has also been known online as Cleo Lazuli and Cleo Desrosiers, the latter of which being her grandfather's last name.

She was featured in a YouTube video posted by photographer Ron Dadon called "The Newly Friend Game!'

Clementine Albano Is A Member Of