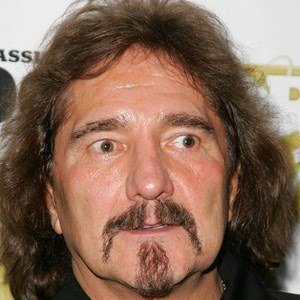 Famous songwriter and musician for the heavy metal bands Black Sabbath and Heaven & Hell. He was among the first bassists to use the wah-wah pedal.

He was inspired by writer Aleister Crowley and musician John Lennon during his formative years.

His activism spilled over into a boycott campaign against Fortnum and Mason's for carrying foie grass in their inventory.

His family was Irish Catholic. He married Gloria Butler, the manager of Heaven & Hell and he and Gloria raised a son named Terrence.

He began playing alongside fellow bandmate and good friend Ozzy Osbourne in the 1960s.

Geezer Butler Is A Member Of