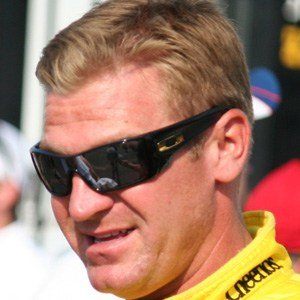 Auto racer who was the NASCAR Nationwide Series champion in 2008. He also won the 2011 Prelude to the Dream race. He came in second at the 2012 NASCAR Sprint Cup Series.

He began on the motocross circuit, starting at the age of five.

In addition to his racing accomplishments, he also became a noted philanthropist, organizing a gold charity event in his hometown. He has gained over 220,000 followers on Instagram as a result of his racing fame.

He grew up in Emporia, Kansas.

In 2004, he began sharing time with Kevin Harvick in the #21 Reese's Chevrolet.

Clint Bowyer Is A Member Of